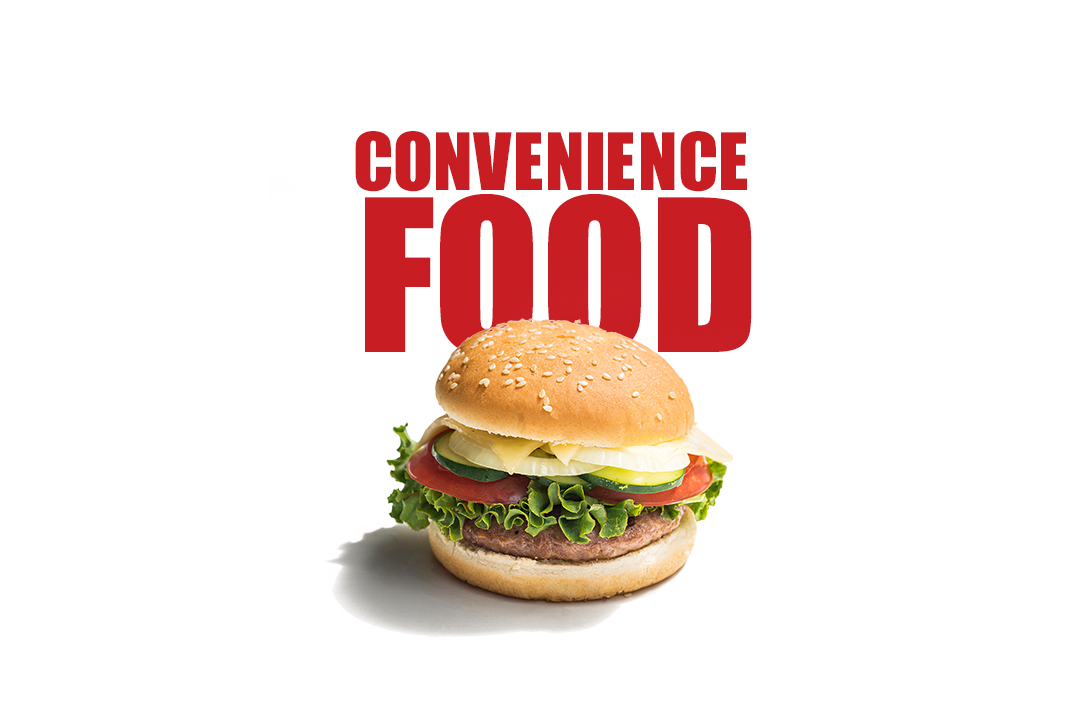 Cruise ship jobs take you far from the comforts you’re used to. With the demands of the job, it’s not uncommon that sometimes you find yourself either too tired or too lazy to make the breakfast, lunch or dinner schedule. At this time, convenience food is your saviour.

For health reasons, it is not recommended that one eats convenience food often. This is because they are usually high in salt or sugar content, preservatives, saturated fats and food additives. That said, they are the easiest snack or instant food available on the run.

Many cruise ships have restrictions on convenience foods available to passengers, possibly to encourage them to spend on eating food freshly prepared in the various restaurants on board. Some allow them to bring restricted pre-packaged items including a few packets of cookies and salty snacks such as beef jerky.

On the other hand, for people with cruise ship jobs, management tries to make life easier by offering items they enjoy. The crew general store on board will typically have a selected variety of crisps, instant noodles and quick ready-to-eat food.

Packaged cheese and processed meat is considered convenience food – it’s easy to pick up a wedge of La Vache Qui Rit and pop it into your mouth or spread it on a slice of bread on the go. Soft drinks and beverages such as Pepsi, Coca Cola and their associated brands are also usually available.

Passengers were earlier allowed to bring a certain amount of bottled water and non-alcoholic beverages on board, but some cruise lines such as Carnival now require these to be bought on board in cans. Any sodas or bottled water brought on board by passengers are confiscated and returned to guests at the end of the cruise.

Crisps from Lays, Pringles and Doritos nachos are very popular worldwide, and should be available to crew although there may not be the variety of flavours you expect. They may be priced slightly higher than usual so check with on-board regulations if you can bring a few packets back from shore visits.

Oreos are another popular convenience food, which is usually made available to crew at the general store. There may be instances of instant ramen, soups, and ready-mix pastas like macaroni and cheese, but you must remember that most cruise ships do not allow crew to take such consumables back to their rooms. They must be eaten in the mess or crew dining area where any crumbs and spillage can easily be cleaned and sanitised.

Other convenience food that is easily available is commercial chocolates such as Twix, Snickers, Kit Kat, Haribo gummies and the like. It might be wiser to opt for cereal bars and packaged mixed dry fruit as snacks when you’re hungry to keep your health in check.

Passengers can find easy substitutes for their favourite convenience food on board. Instead of Doritos, they can order a plate of cheesy nachos. Any Asian restaurant on board will be happy to make a customised bowl of ramen to replace their craving for instant noodles. Bakeries on board are filled with tantalising options including freshly made pretzels, chocolate chip biscuits, sandwich cookies and more that will satisfy a yearning for items like Oreos and Chips Ahoy.

As part of cruise ship jobs, you may be asked by passengers about the availability of convenience food. If the vessel you work on offers a limited range or none at all, point them in the direction of the nearest restaurant that makes worthy substitutes from fresh ingredients.

Food can be a study in culture. Every dish, method of preparation, and even flavour preference can be indicative of the region it comes from or the people who make it. Cruise ship chefs can use this knowledge to tap into the subconscious associations guests have with their own cultures – comfort flavours of sorts.

The mixing of cultures is far more frequent now than it has ever been before. Migration is very common and the fusion of foods is often a trend. But that certainly does not take away the roots of the culture they were born from.

For example, many Italians migrated to the US in the late 19th and early 20th centuries, bringing with them the Neapolitan and Sicilian food cultures, such as risotto, white sauce and polenta from the north, and pasta, tomato sauce and olive oil from the south. Today, spaghetti and meatballs, and pasta alla carbonara are associated with Italian food but these were in fact created from ingredients more readily available in the US.

Still, visually, just an image of plump red tomatoes, vibrant green basil and stark white cheese will immediately stimulate an association with Italian food rather than any other cuisine. This could possibly have come about because of the deep connections between visual stimuli and the perception of taste, smell and flavour.

One culture where the appearance of dishes is given a lot of importance is Japan. Influences from Chinese and Korean cultures over more than 2000 years helped develop the Japanese cuisine we are familiar with today. In addition, Buddhist and Shinto religious practices modified it too, by looking down on meat consumption. With fish as the most easily available substitute, fermentation was widely used for preservation before the focus was shifted to fresh fish that we now enjoy in sushi and sashimi.

With the arrival of the Portuguese and Dutch came the notion of frying food as a way of cooking and the Japanese developed methods like tempura. But what truly sets Japanese cuisine apart from its neighbours is its focus on appearance since they believe that food is to be looked at, as well as eaten.

A lot of ritual goes into cooking, plating and service. For example, they never arrange four elements on a plate since the homonym for four in Japanese is death. We are also well aware of their famous tea ceremony, a cultural activity with precise ways of preparing and presenting matcha tea.

Around the world, certain food items and dishes have become cultural icons. Foie gras, a specialty product made of duck or goose liver, is associated with France. So is the croissant, even though this flaky, buttery pastry actually originated in Austria in the early 1800s which later inspired the French.

In other places in Europe, we are familiar with fish and chips, and a full English breakfast in England; Gouda cheese in the Netherlands; haggis in Scotland; and paella and sangria in Spain. In a similar way, Australia is popular for vegemite on toast, Mexico for tacos, Greece for gyros, South Africa for peri-peri and bunny chow, and the Middle East for mezze.

Indian food culture is extremely varied, but its cultural icon is curry, even though this is a blanket term for what is in fact a very diverse range of gravies with multiple methods of preparation, flavours and origins.

Aromas and visual cues can jog people’s memories of their favourite food from their childhoods, without them even tasting it. Cruise ship chefs can use this knowledge to stimulate interest in passengers, particularly with daily specials or when creating exclusive meals for occasions or even for fussy children. 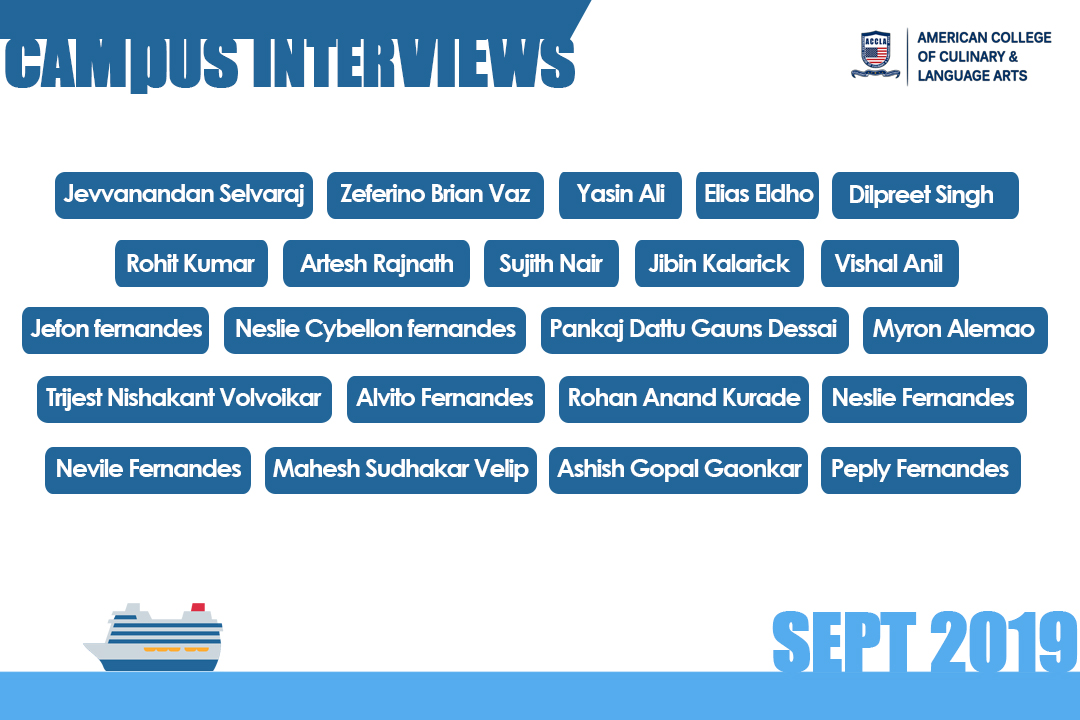 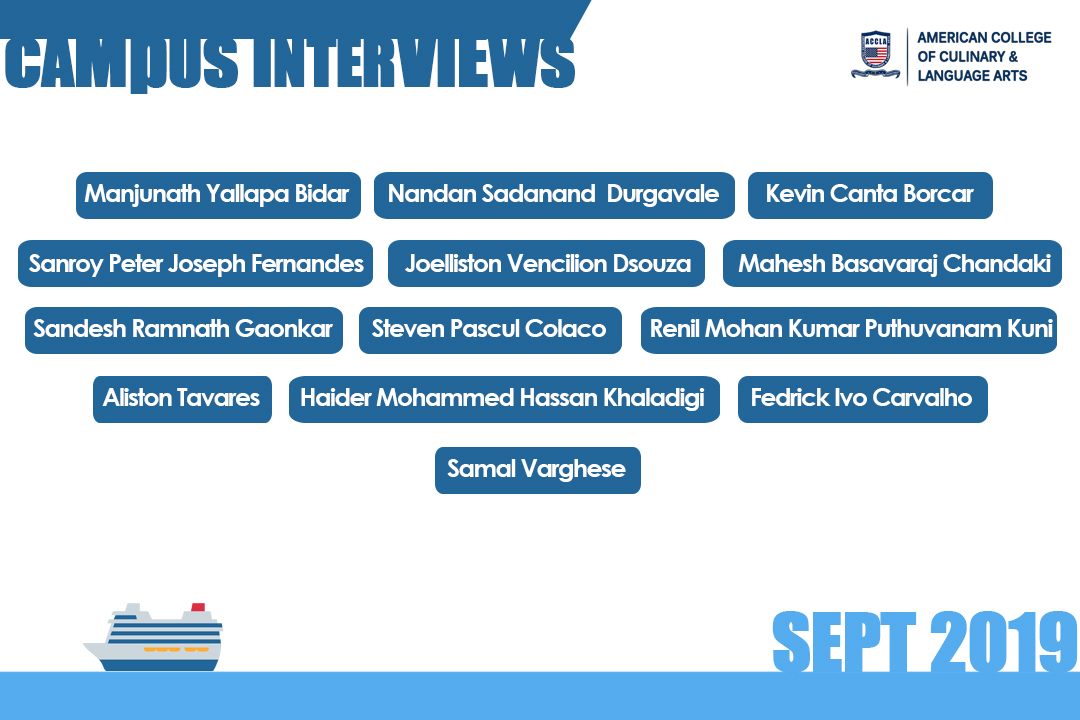