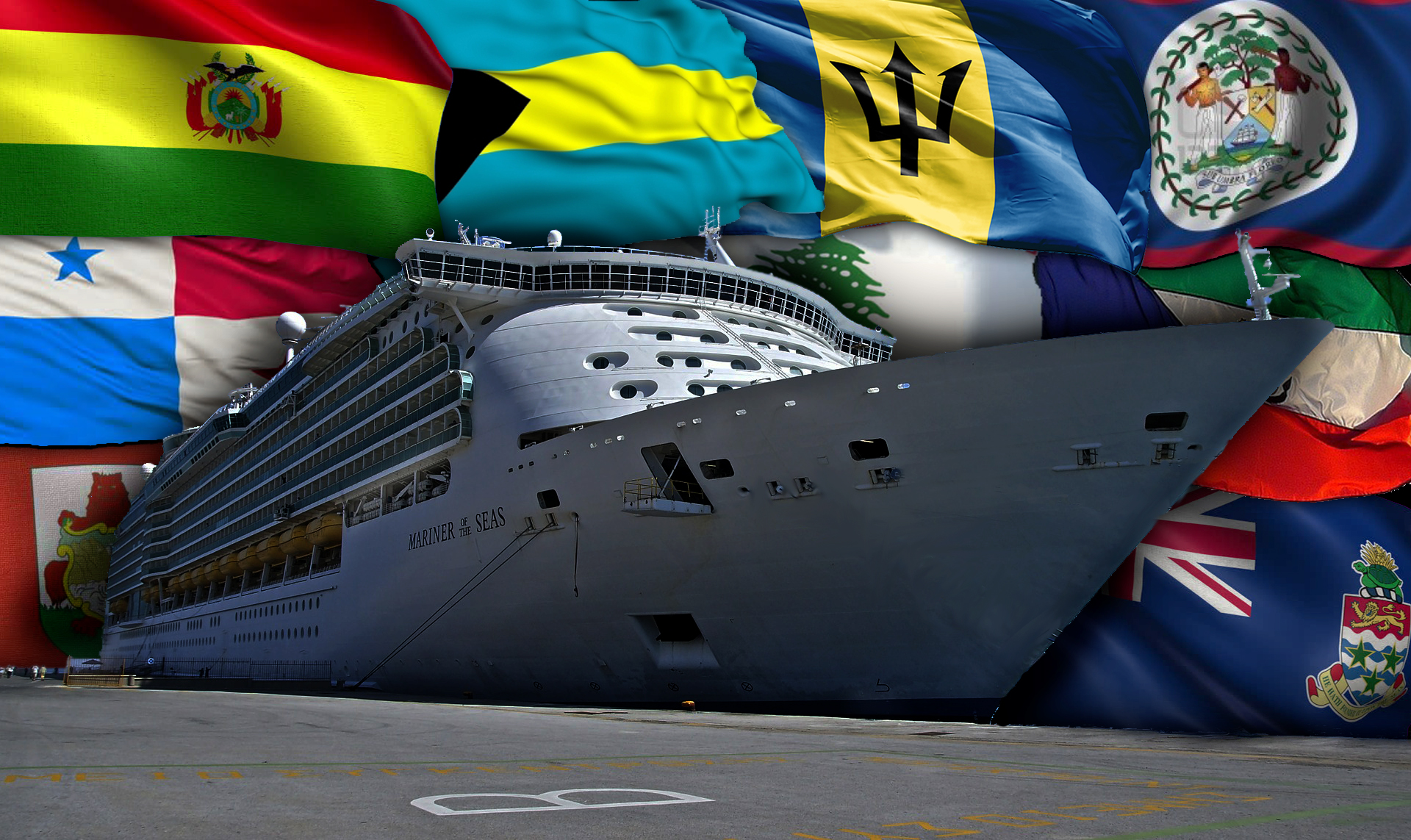 Have you ever noticed the flags flown by cruise ships? Admittedly, the grandeur and pomp of these floating hotels leaves very little space for one to notice ‘small’ things like flags, but these actually form a significant part of cruising.

Cruise ships fly flags of the countries they are registered in. This means they, like all other marine vessels, are subject to the rules, regulations and safety norms of that particular country.

The use of flags of convenience dates back to the 1920s when the US imposed prohibition, a nationwide ban on the production, import, sale and transport of alcohol. To circumvent this, many cruise ship owners began to register their vessels in nearby countries that had relatively more lenient laws.

The trend expanded to include a circumvention of other regulations from countries like the US and Norway to help the cruise ship companies be more profitable. Owing to this, the flags they flew began to be known as flags of convenience.

Today, most ships fly flags of convenience. It might come as a surprise that while a large majority of cruise lines visit US ports and even have headquarters in the US with American owners, their flags indicate affiliation to another country.

They do this simply because it is a good business decision as certain countries have lower fees or taxes, and other rules that enable lower operating costs. Financially, fewer regulations mean more profit. Countries like the US have stringent rules when it comes to environment and labour protection laws and relatively higher corporate income tax.

It is estimated that more than half of the world’s merchant maritime vessels are registered under flags of convenience, and 90 per cent of those touching ports in the US come under these.

The Bahamas typically has the most number of cruise ships registered to its name, with Panama being another popular choice. Primarily, this means that the US’ stringent labour laws do not apply to cruise ships registered in these countries. If a cruise ship flies a US flag, American maritime laws take charge for any rules, regulations or even complaints filed against the company. When flying flags of convenience, this role is often played by the captain whose word is law.

International Transport Workers’ Federation (ITF), a global union of employees working in the transport industry, has expressed concern over vessels flying flags of convenience due to their relaxed labour laws which can open up avenues for poor working conditions, busy schedules without sufficient rest and uncertain compensation in case of accidents.

Cruise ship companies often choose countries to register their vessels in depending on their ability to deliver services, their global reputation, performance, fees and taxes, as well as how well the vessel’s crew meet the country’s needs.

The cruise industry typically enjoys the huge benefits offered by flags of convenience even though stray incidents have brought them under the scanner.