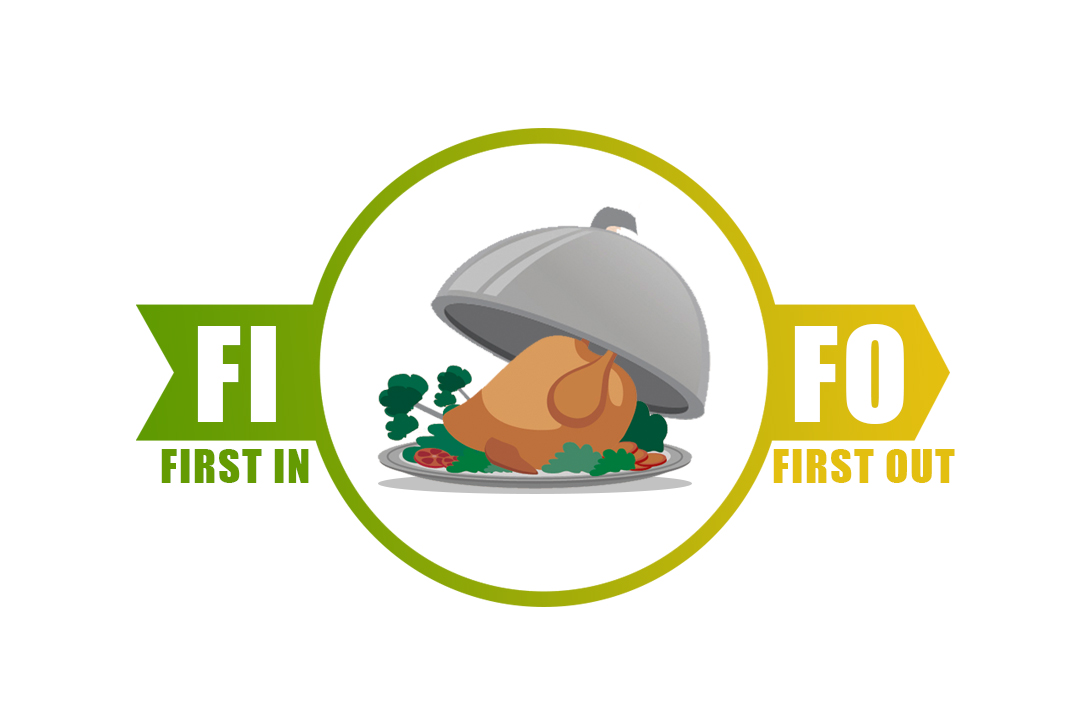 On a cruise ship pandering to the demands of thousands of guests each day, it can be hard to keep track of stores. But this is a vital part of the chain as proper food storage can reduce waste and costs while also keeping food-borne illnesses at bay.

One of the ways to do this is to follow the FIFO system – First In First Out. This is a food rotation system that enables food with an earlier use by date to be consumed first. It can be used in other industries as well, but is one of the most efficient and safe ways to store food in commercial spaces such as restaurants, bakeries, cafés, diners, etc.

On board cruise ships, inventory managers and their teams keep a close eye on produce that makes it on board. They are in charge of noting depleting stocks and ordering produce to be delivered to the cruise ship at port.

So when a line cook needs produce for prepping, he or she automatically reaches for the items at the front of the shelf. It is within easy reach and requires only a cursory check for the expiry date.

This makes it less likely that food will spoil and there will be fewer items that have expired. This minimises waste and ensures that you always serve fresh food.

For FIFO to work well, everyone in the hierarchy must follow it without fail. The products must first be checked for damage – puffy cans or tetra packs can indicate gas formation, a by product of harmful bacterial growth. Note why a particular product hasn’t been put out for use, if at all.

It’s also important to check the condition of the storage area. The temperature is typically maintained based on the product – frozen food at -18 degrees Celsius (0F) or less, refrigerated foods at 5 degrees Celsius (41F) or less and dry items between 10-21 degrees Celsius (50-70F). The space should be cleaned and sanitised, including the floors, walls, shelves, containers, carts and trays to reduce the spread of bacteria which can spoil produce.

FIFO is also applicable for food items without containers. Perhaps the cruise ship chef made a batch of ice cream, mayonnaise or salad dressing. If it is not used up in a single meal service, it should be stored in a clean container with proper labelling.

This label should contain the name of the dish and information of basic ingredients, including allergens such as dairy or nuts as well as the date and time it was made. Potato salad, for example, can keep in the fridge for about three days if stored correctly. House-made mayonnaise can last for about a week in the refrigerator.

This handy information allows cruise ship chefs and line cooks to use up leftovers appropriately to avoid food waste while keeping in line with safety regulations. 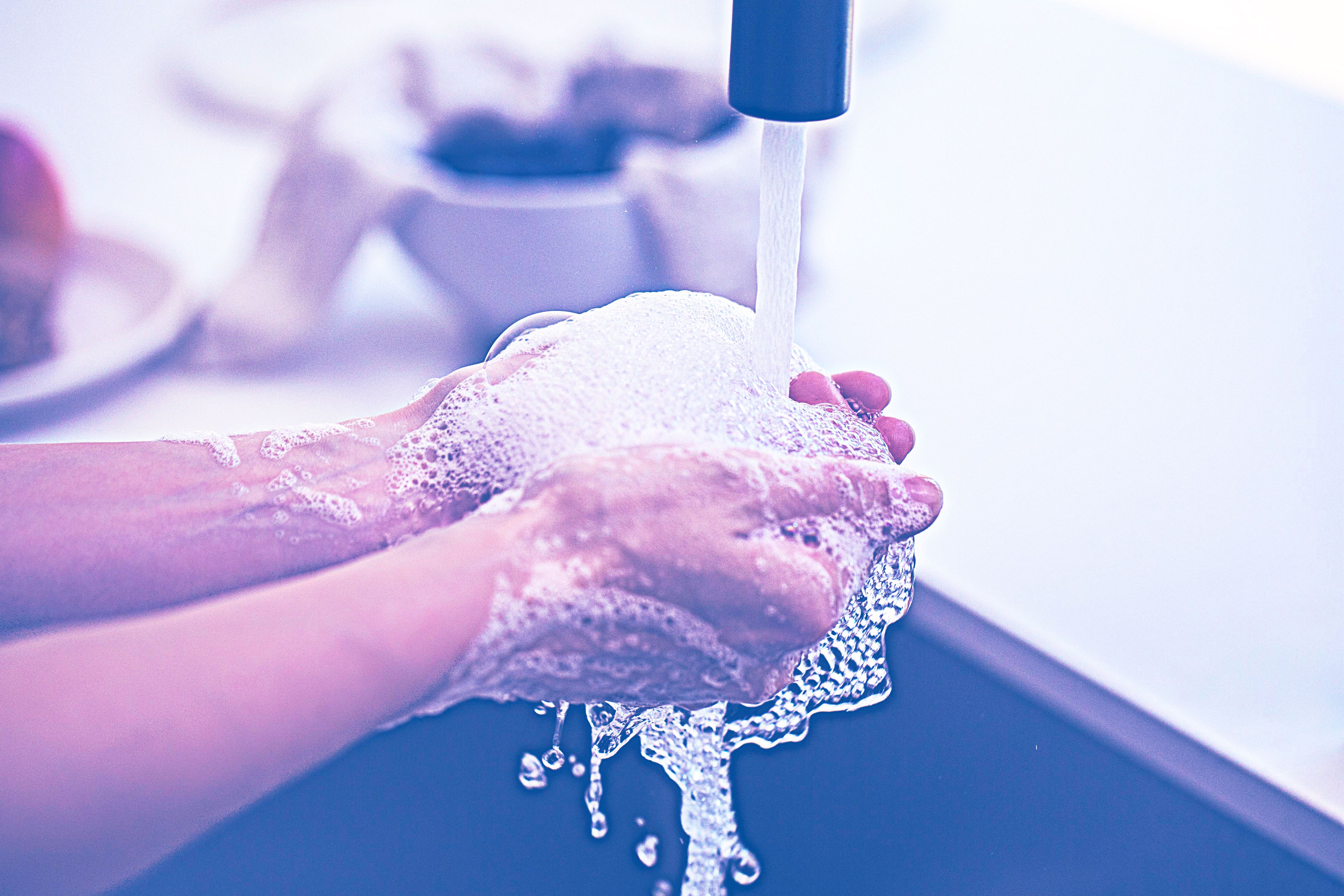 With thousands of guests and crew to be fed, cruise ship chefs jobs demand close attention to how food is cooked and stored before being served. Even a slight mistake can cause bacteria and germs to proliferate and spread, increasing the risk of infection.

Globally, cruise ship chefs follow strict procedures when it comes to handling food. The main aim is to keep it out of the temperature range between 4 degrees Celsius and 60 degrees Celsius (4°F and 140°F). This range is known as the Danger Zone and is most ideal for bacteria to thrive, thus greatly increasing the risk of infection.

Bacteria such as staphylococcus aureus, salmonella enteritidis, escherichia coli (e.coli) and campylobacter are the most common disease-causing microbes found in food. A small percentage of the human population can carry some of these microbes (such as staphylococcus) in safe numbers long-term, but it’s when they start breeding uncontrollably that the problem arises.

They produce toxins that poison the human body, and such food-related illnesses are so common that millions get sick each year simply from poor hygiene and unsafe cooking and storage methods.

Cruise ship chefs know that food should never be left out of the refrigerator for more than two hours, or without sufficient heat for more than an hour. This means they need to plan ahead, particularly since most meat is frozen.

The most acceptable way to defrost meat is to place it in the refrigerator overnight in a way that neither the meat nor its run off juices can come in contact with other cooked food or vegetables. This ensures that the meat is stored under 4 degrees Celsius while it defrosts and is ready to be used the next morning.

Due to the volume of food that needs to be cooked, most produce and meat is frozen in large batches. But some specific food might need to be bagged or bought in smaller quantities – truffles, caviar, specialty cheeses, etc – as only small amounts are needed at a time. For this, they might need to more finely estimate the amount needed for the upcoming meal before taking it out of storage.

Vegetables are always washed well in cold water to remove any bacteria and soil residue. They must be kept well away from uncooked meats and must always be prepared on separate cutting boards or work stations. Even the knives, other cutlery and clean dishcloths must be used around raw vegetables, particularly those that will be going into a salad or used as crudités.

However, care should be taken that the raw meat should have been out of the danger zone before being cooked as the toxins that some bacteria produce are heat resistant.

Any leftovers are cooled quickly in shallow containers, then stored in clearly marked containers and refrigerated within two hours. The containers on cruise ship vessels are required to show information such as the name of the dish, any specific common allergen ingredients and a use-by date.

To reheat food, the entire dish must evenly reach an internal temperature of at least 74 degrees Celsius (165°F) before it can be considered safe to be consumed.