Experiments are the root of change, of new trends that could possibly become classics. Cruise ship chefs should look at experimenting as ways to understand the ingredients they work with, and how they interact with each other.
But it’s not just a matter of putting two random ingredients on a plate and keeping your fingers crossed. Experimenting correctly involves a lot of research and trials. Here are a few ideas to help you get started

Flavour base ingredients
Often, it is a subtle change that can enhance a flavour. Think of the classic salt with chocolate to bring out the sweetness, or a dash of cinnamon in a cake. Cruise ship chefs can make similar subtle changes to dishes on board – flavouring breads, butter and yogurt with various herbs to introduce new flavour elements into a dish. Garlic butter, for example, is so 20th century. We’re looking at butter flavoured with walnut and blue cheese, Thai curry, salty anchovy, and even chocolate and orange ganache.

Think like a child
Children see wonder in everyday things. They look at the most mundane things with a new perspective. To make food interesting, it can help to think like a child. Make your food colourful and look at creative ways of presenting it. Edible ‘dirt’ is already quite popular. Combine this with edible ‘glass’ made of sugar syrup, peanut butter ‘play dough’ and non-toxic glowing ‘slime’ to create themes of gardens and fantasy worlds. This works well for cruise ship chefs around festivals such as carnivals, Thanksgiving, Halloween and independence or national day celebrations.

Make your food more visual
Experiments with food do not have to involve just taste. Life is more visual now – social media has taken over and images are everything. Illusions can come in handy when presenting food. Think of edible containers or cutlery – bread bowls for dips and soups, flavoured dough fashioned into spoons and forks. Mellower Cafe in Singapore serves a cotton candy coffee that offers guests an unusual way of drinking coffee with a cotton candy ‘cloud’ that melts into your cup using the heat from the coffee.
The New Yorker magazine even discussed how visuals can change the way food is tasted. A study showed how participants rated a strawberry-flavoured mousse 10 per cent sweeter when it was served in a white container over a black, and coffee tasted almost twice as strong but two-thirds as sweet when served in a white mug instead of a clear glass one.

Combine tastes and textures
Cruise ship chefs can experiment with different cuisines that have similar components. Perhaps Mexican and Indian, or north African and European food. There may be interesting matches to be made in flavour fusions here. But chefs can also take a classic dish and switch up textures to be innovative. Perhaps rice crackers with a chutney that reminds you of curry – the flavours are familiar to the Goan palate, but the textures surprise. Deconstructed pies can also be served innovatively. Use local flavours to switch things up – ube or purple yam from the Philippines, Durian in Indonesia, dragon fruit in Mexico, feijoa in Brazil, salsify from Europe, oca from New Zealand, etc. This will help you experiment with interesting flavour combinations and also use ingredients grown in the ports you visit. 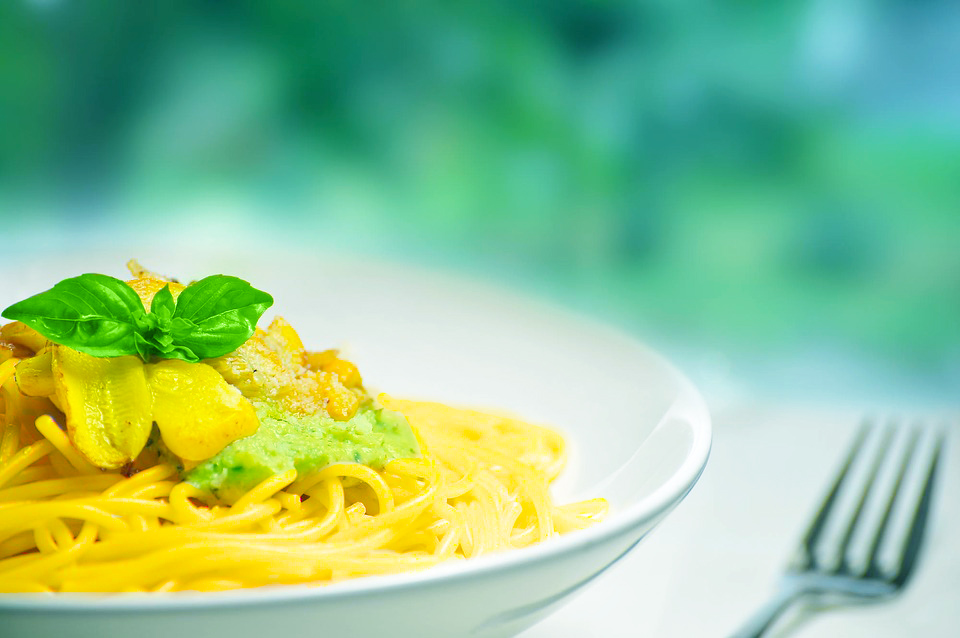 For most of human history, cooking has been viewed as a necessary skill, without which humans are resigned to be foragers and hunters. Over the years, with the opulence of empires and their show of wealth, cooking transcended that realm into something of extravagance and show.

From basic food forms like pies and roasts, food became more dainty and sophisticated to include newer creations such as bruschetta and salads. More recently, cooking and its final products have focused on technique, appearance and quality, causing many to refer to this skill as culinary art.

Art is loosely defined as visual, auditory and performing artifacts that express the author’s imaginative, conceptual idea, or technical skill intended to be appreciated for their beauty or emotional power. Much of this can be applied to the culinary arts.

People in the world of culinary arts, including cruise ship chefs, are expected to have in-depth knowledge of food science, nutrition and diet. Students are taught this art just as one would painting or sculpture – including its history, specific techniques and creative expression.

By nature, an artist uses a blank canvas to stimulate the senses. Cooking a dish and its presentation can cause similar effects. Heston Blumenthal, for example, created a stunning dessert out of something quite classic. He turned the favourite Italian dessert tiramisu into a potted plant.

The dessert is served in a clean pot and appears to be a sapling planted in a soil. To the eye, soil is hardly appetising, initiating a tasteless, bitter, perhaps even unsavoury effect. In this way, it stimulates the eyes and the imagination. Once the diner comes closer, the aroma of the chocolate soil and the mint or basil plant stimulates the olfactory senses.

This changes the diner’s approach to the dish, inviting him or her to try it. Finally, the taste buds are stimulated and the diner feels comfort from tasting something familiar, joy at having overcome the initial reaction and from the pleasant surprise.

Art can be constituted as a reaction or a relationship between the viewer and the object or experience. A similar example in the modern art space is of Thai artist Rirkrit Tiravanija, whose early installations in the 1990s sought to bring people together by cooking meals such as pad thai and Thai green curry for visitors.

This may not be culinary art but shows that art is simply a sensory effect on its audience. They may not perceive it as beautiful or – in the case of culinary art – delicious, but that is their perception of the creator’s vision.

Culinary artists undergo years of rigorous training in skills, food safety, the understanding of chemistry and thermodynamics, and more, to give them a firm foundation of how ingredients react with each other and the elements around them.

The creativity rests on their own imagination to design dishes that evoke positive sensory responses from diners so that people keep coming back for more.

For cruise ship chefs, their jobs on board may not give them the full freedom to practice their creativity, particularly lower down in the hierarchy, but in celebrity kitchens or once they climb the ladder, the world is their oyster.